Fr. John Christopher Drumgoole originally founded the Mission in 1871. The current site on Staten Island was founded in 1883.  Fr. Drumgoole was responding to the urgent needs of his time by creating a home for some of the thousands of homeless and orphaned children who lived on the streets of the City after the Great Potato Famine and then the Civil War.  As an Irish immigrant himself, having come to this country by himself at age nine, Father John escaped life on the streets through the efforts of his mother, who had come over prior to his crossing.

In turn, he supported her through his work as a sexton in St. Mary’s church, founded in 1826 as the city’s third parish. He longed to become a priest, but felt he could not do so while caring for his mother. Through the early loss of his father and his dedication to his mother, young Mr. Drumgoole became devoted to children who had no homes. He began to shelter them in the basement of the church.

Fr. Drumgoole was a great innovator in the field of childcare. The layout of the Mission was designed to provide plenty of light and air to each resident so as to avoid the spread of influenza and tuberculosis, which was common in the tenements of the day. Fr. Drumgoole felt that the general environment of the City at the time was a great threat to younger children, so he sought out a more rural setting. He looked to the Borough of Staten Island and found a farm for sale that must have reminded him of his earliest years in County Longford, Ireland. With the purchase of this and several adjacent lots, Fr. Drumgoole founded Mount Loretto, named as a tribute to the Sisters who accompanied him there to teach the children on a completely self-sufficient farm.

Perhaps the greatest innovation made at the Mission was the introduction of vocational training. Children at the St. Joseph’s School at Mt. Loretto learned shoe making, woodworking, baking and printing. In fact, the children contributed much of the interior of the Church Of Sts. Joachim and Ann and printed their own paper, The Homeless Child. Subscriptions to the Homeless Child and memberships to St. Joseph’s Union, a religious Fund-raising organization, generated the funding which sustained the Mission for one hundred years. At the time of his death in 1888, the Mission of the Immaculate Virgin had two residences, the City House at the corner of Great Jones and Lafayette Streets in Manhattan and the farm at Mt.Loretto, the largest farm in the State of New York. The Mission housed almost two thousand children. It was completely solvent. Fr. Drumgoole did not owe anyone any money as a result of his work.

After discontinuing its foster care contracts with the City of New York in 1995, MIV began to form partnerships with other Staten Island social service agencies with the goal of improving our collective abilities to help people. As the directory of services shows, this has been quite successful. Today, over 1000 people come to Mount Loretto on an average day for all kinds of services, from Day Care to the senior center, from autistic children to those in recovery from addiction. They are served in many ways, by many partners, as well as by the staff of the Mission of the Immaculate Virgin.

Historic Photos of The Mission of The Immaculate Virgin 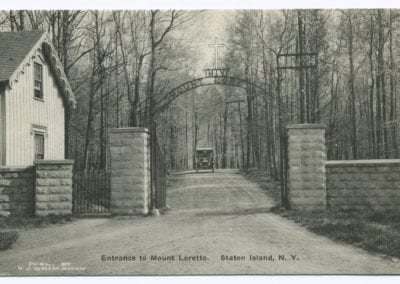 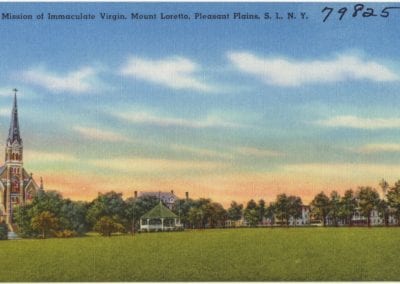 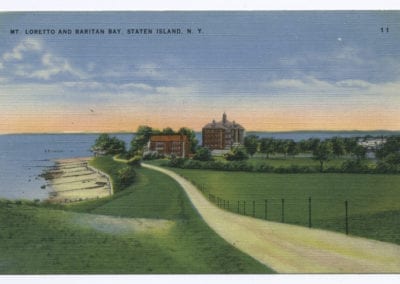